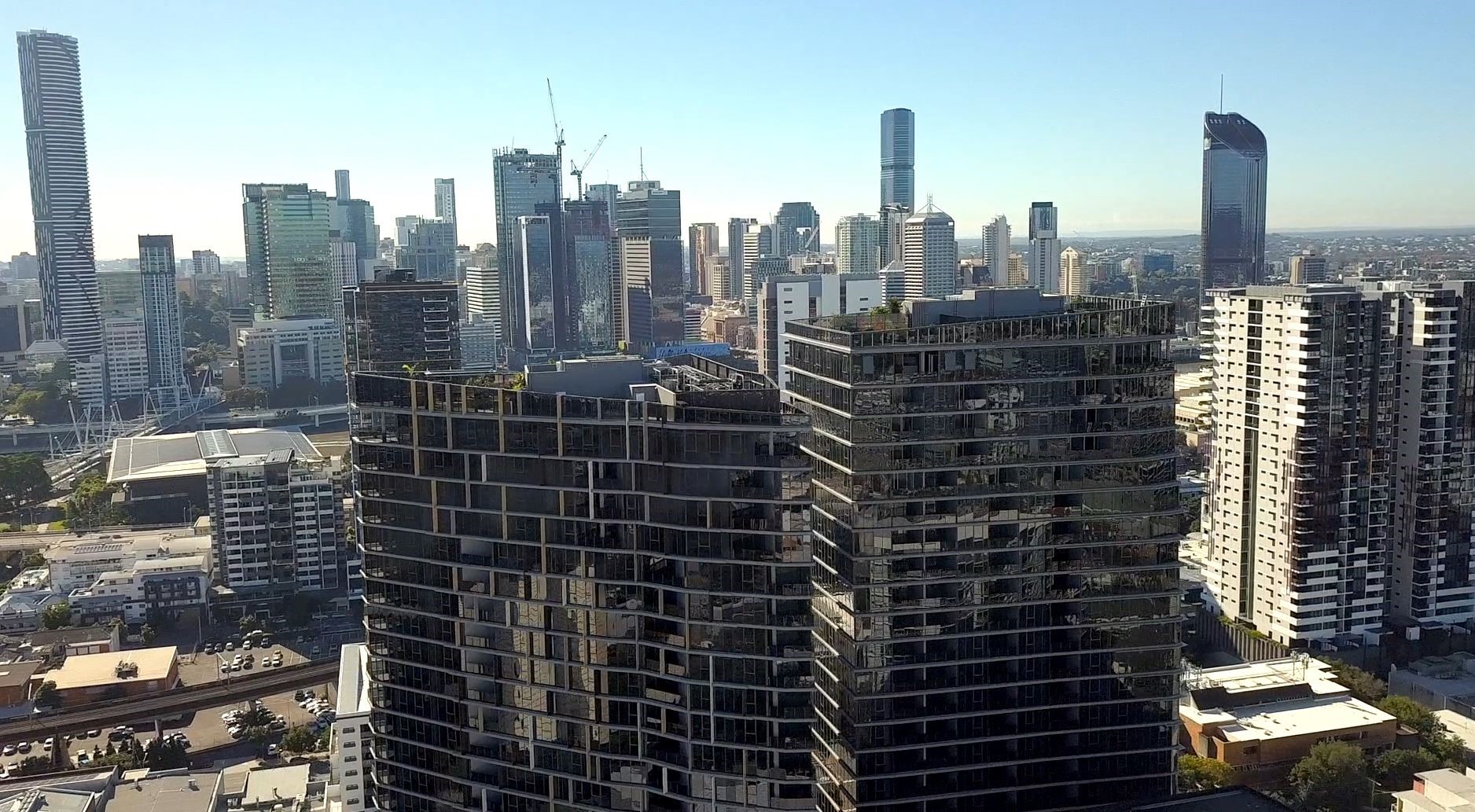 Brisbane 1 Towers completed ahead of schedule

Construction of R&F Property Australia’s landmark $500 million Brisbane 1 development has been completed in record time and several months ahead of schedule.

Brisbane 1 takes pride of place on the South Brisbane skyline, consisting of 608 apartments in three separate towers of up to 33 storeys. It occupies an entire block bordered by Cordelia, Peel and Boundary Streets and offers some of the most spectacular views available in Brisbane.

R&F’s commitment to building all three towers concurrently helped the project set a record for Hutchinson Builders with 80 levels across three towers completed in only 23 months. 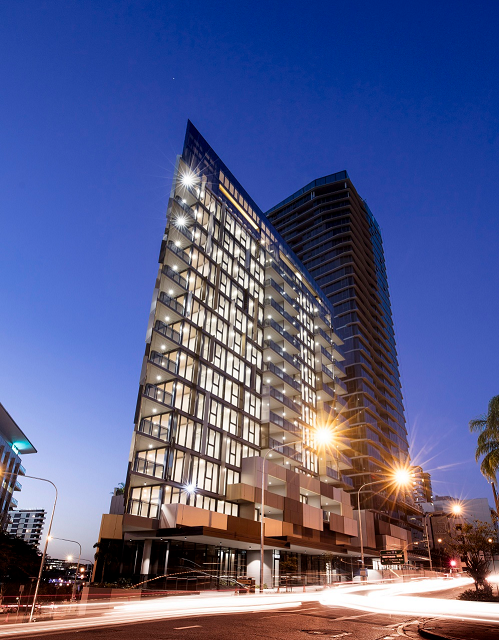 The tallest tower at Brisbane 1 is also the tallest building in Brisbane south of the river. The project has transformed the site of a former TAFE college into a premier residential community adjacent to an cultural, entertainment, employment, transport and educational services, and only 1 kilometre from the Brisbane CBD.

It created more than 4,000 direct and indirect jobs for local workers with around 400 workers on site each day during the construction period. 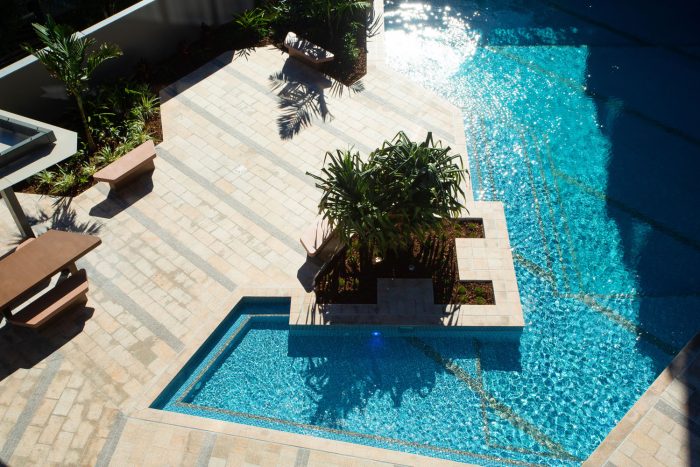 A ground floor retail component is also planned for Brisbane 1 and expected approximately nine stores including a cafe and other convenient services for residents and the surrounding region.

R&F Property Australia Vice President Thomas Chiu said the completion of construction of Brisbane 1 was an exciting milestone for both the company and the ongoing transformation of South Brisbane. “We specialise in the urban renewal of under-utilised land by reimagining spaces to create projects that meet with the changing needs of fast-growing cities such as Brisbane,” he said. 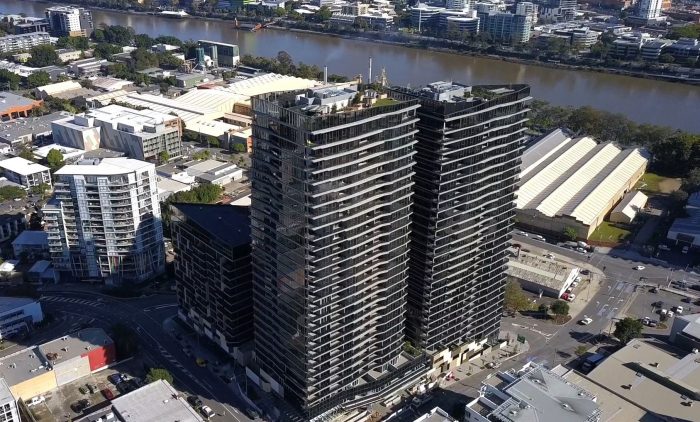 Brisbane 1 features an expansive lobby with warm timber and stone textures and floor to ceiling glass, setting the tone for the stunning glass façade that is a hallmark of the towers. 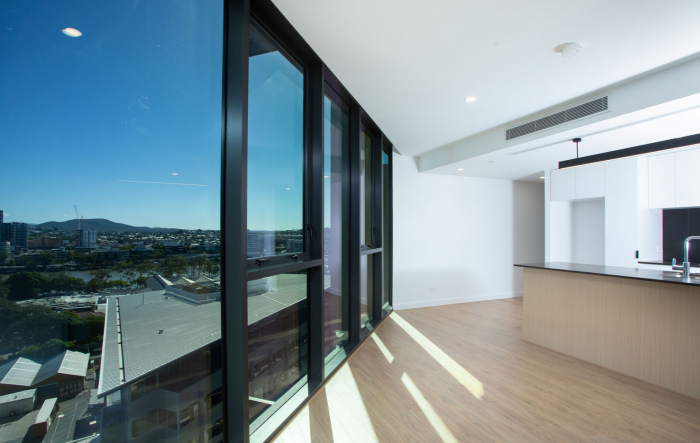 Floor to ceiling windows in each apartment are tinted and double glazed for reduced energy costs while offering extensive natural light and maximising the river, city, mountain and regional views in all directions.

All apartments have balconies for outdoor living and entertainment in addition to Brisbane 1’s extensive common recreation areas. Apartments and penthouses on the top floors offer even greater liveability with 3-metre ceilings, three bedrooms, three bathrooms and large balconies or private rooftop terraces. 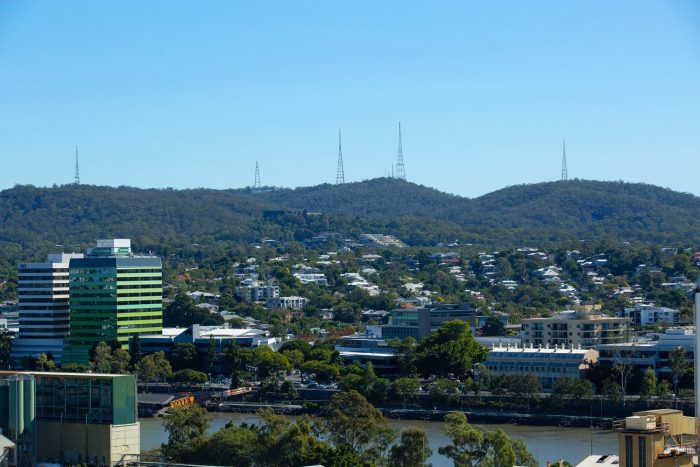