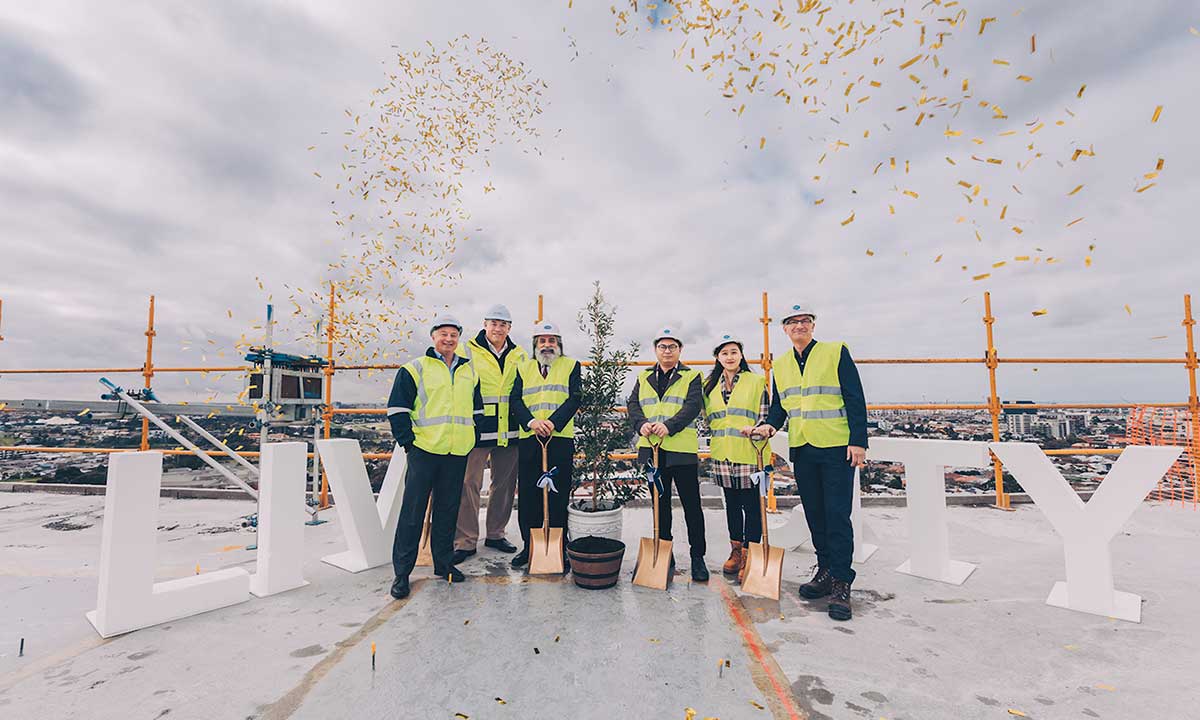 The first building at R&F Property Australia’s landmark Live City development in Footscray has topped out at 15 levels.

The exciting milestone was celebrated with the traditional installation of a tree on the rooftop in a ceremony attended by R&F Property Australia Vice President Thomas Chiu, other senior executives and key project partners, L U Simon Builders and Project Planning and Management.

Live City is R&F’s first mixed use development in Melbourne and is transforming the former Kinnears Ropeworks site in Footscray into a new world-class lifestyle destination for the city’s inner-west. 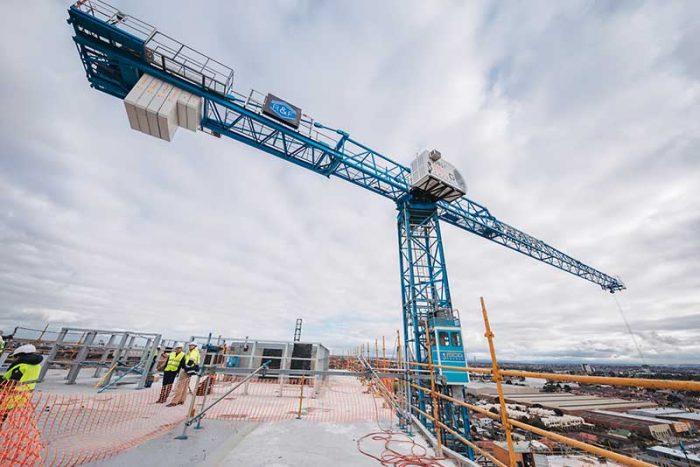 Construction of the first apartment tower commenced in December 2017 and it is on track to be completed in time for the first residents to move in later this year.

The latest milestone follows the recent completion of restoration works on the first historic building to be retained – a two-storey brick structure on Ballarat Road that was once a rope dispensary and the dining hall for Kinnears workers.

At Live City, R&F is honouring the site’s industrial past and at the same time creating a vibrant future that will start a new chapter in the history of Footscray. 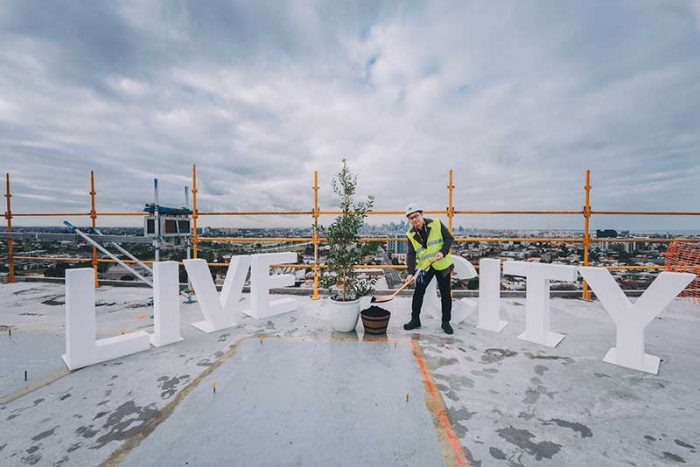 The topping out ceremony is traditionally held when the top floor of a new building has been completed and a tree is usually placed on the rooftop.