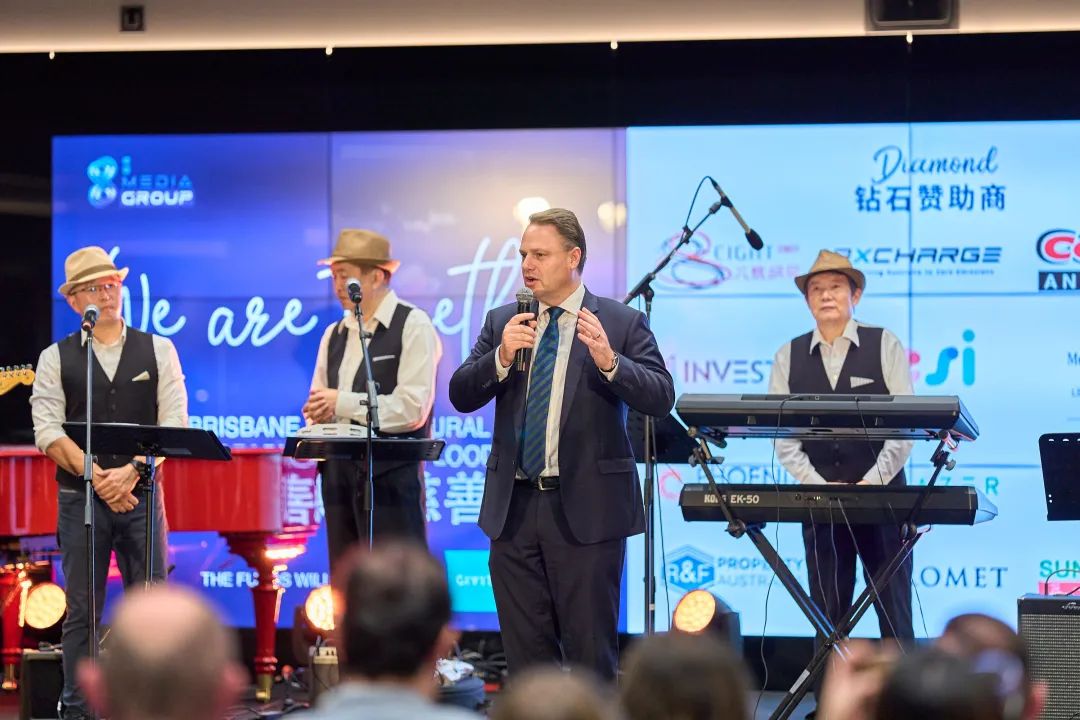 Brisbane’s recent flooding event saw more than 20,000 homes, 2,770 streets and 129 suburbs impacted by flooding, with thousands of people left displaced in the aftermath.

The task of rebuilding a home after a major flooding event is no easy feat, and it requires a tremendous amount of support from the local community to ensure affected residents receive the right tools and funding to be able to return to normalcy.

Recognising this, R&F Property Australia joined forces with Brisbane’s business community to dig deep and raise funds for those locals that lost their home.

Lord Mayor Adrian Schrinner and Lady Mayoress Nina Schrinner were the guests of honour on the evening. Cr Schrinner addressed the crowd with a heart-warming speech, thanking attendees for their fundraising efforts.

As a diamond sponsor of the We Are Together Brisbane Multicultural Charity Performance, R&F Property Australia was able to help collectively raise $30,000 for two charities – Baby Give Back and GIVIT.

The event, held in the Mercedes Benz Centre on the 20th of April, featured performances from multicultural entertainers and was attended by Lord Mayor Adrian Schrinner and Lady Mayoress Nina Schrinner. 250 guests were in attendance on the night, with the event also broadcast to a global audience which reached more than 30,000 live viewers.

A live auction was held on the night to help raise vital funds for flood-affected residents. Attendees had fun bidding on luxury items knowing their money was going to a worthy cause.

Attending guests were treated to champagne, cocktails, and Japanese delicacies.

R&F Property Australia is proud to have been a sponsor for an event raising money for a worthwhile cause.